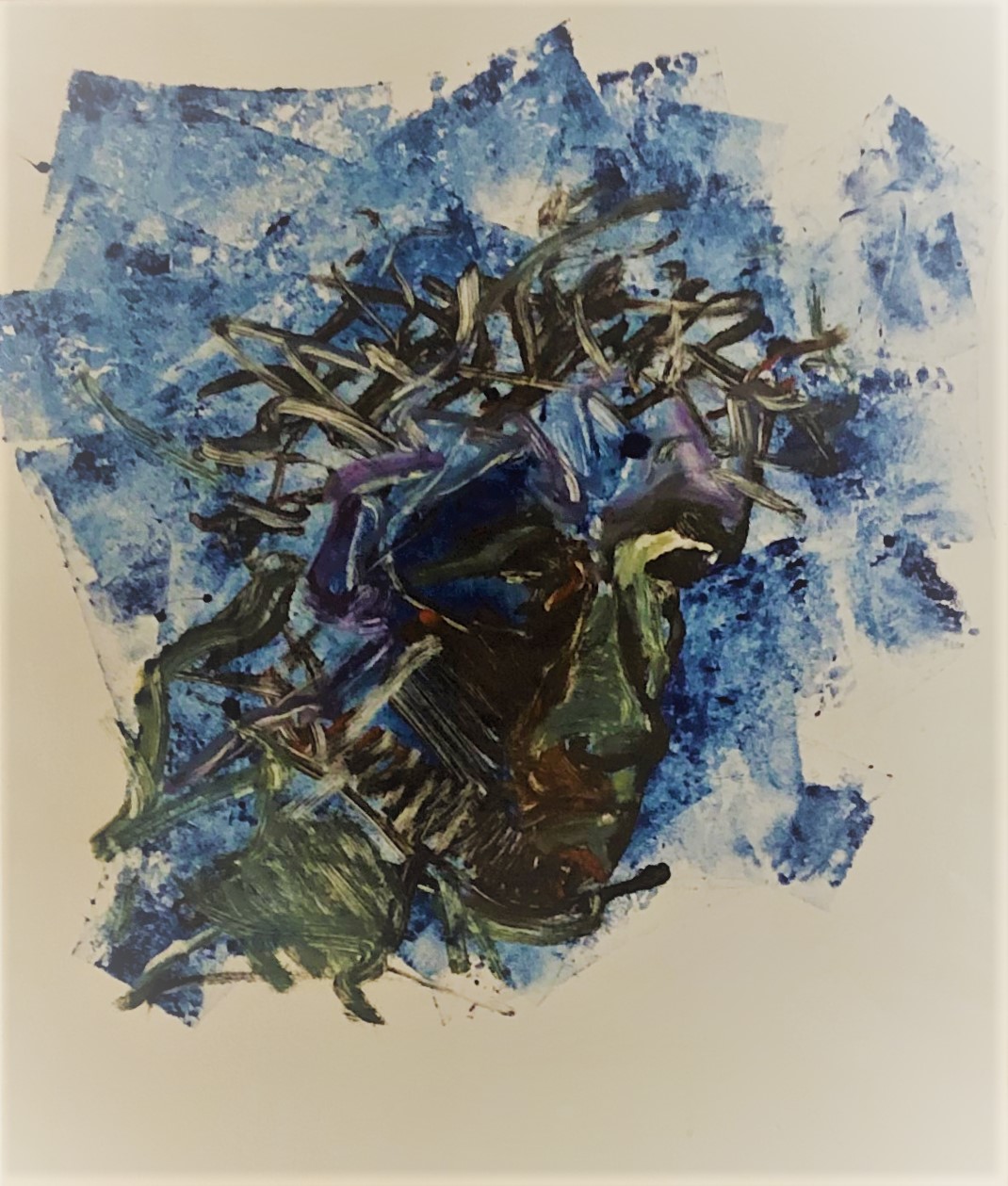 We are blessed to have a number of retired pastors who worship in our congregation. For Holy Week, we asked them to each write a blog post on a different day of Holy Week. Today’s post comes from Father Rich Buckham:

I write this as our country is being stalked by the COVID-19 virus. Many are scared half-to-death; others are in denial that they could be infected. We hear on the news about the suffering people go through as attempts are made to save them. Into this crisis Holy Saturday comes to us.

I believe that Holy Saturday has generally been neglected by the church in its theology and proclamation. We Christians commemorate the Lord’s crucifixion, step over the day he was dead in the grave, then commemorate his resurrection. As one example of this we might expect Holy Saturday to be emphasized in a thoroughly liturgical book like the Anglican Book of Common Prayer which has special services for just about any important event in the church year. But we notice that in its liturgy for Holy Week seven pages are devoted to the crucifixion, eleven pages to the resurrection, and only one page to his actual being-in-dead in the grave:

O God, Creator of heaven and earth: Grant that, as the crucified
body of your dear Son was laid in the tomb and rested on this holy
Sabbath, so we may await with him the coming of the third day,
and rise with him to newness of life; who now lives and reins with
you and the Holy Spirit, one God, for ever and ever. Amen

Note that nothing is stated about his burial, his actually being-dead-in- the-grave; this one page only points back to his crucifixion and forward to his resurrection. (Note also that he was buried and in the grave on the Sabbath, a day of import for understanding Holy Saturday.)

Now in a way this omission makes sense. Both his crucifixion and resurrection were out in the open, open to public view and witness, especially by his followers. Think of the drama of Peter’s denial in the courtyard as Jesus was being accused and sentenced to death; think of the drama around the discovery on Easter morning that he was not dead. There could be no story full of drama about something totally hidden from view, something totally silent. There were no words from the grave, no words from heaven (unlike the Angels proclamation when he was born). No, we have only the seven words he spoke on the cross, particularly and most significantly his cry of dereliction: “from noon until mid-afternoon there was darkness over the whole land. About the middle of the afternoon Jesus shouted in a loud voice” Eli, Eli, lema sabachthani” which means, “My God, my God, why did you abandon me?” There were no words from God to Jesus or from Jesus to his followers that all would soon be well, that victory was in sight, that they should not give up hope. No, they were surprised, startled, even stupefied when they discovered on Easter morning that he was not dead.

And yet he was dead on that Saturday. Really dead. Death had conquered him. We neglect a significant part of God’s message to us if we do not give due attention to the reality of death in all of its manifestations in human existence. It should not surprise or startle or stupefy us. But we are predisposed (at least in the West, even in our churches) to deny death as the power that is behind human dysfunction, destructive relationships, distorted beliefs and values and attitudes and discriminations, all that can make human life so easily darkened and deadly.

Holy Saturday should draw us to this good news, that death does not have the last word. True realistic Christianity is not a “victorious” Christianity, not “peace and prosperity,” not customary theology about the doctrine of Jesus’ death but a totally realistic understanding and picture of death for what it is.

Are we missing something important to our Christian identity, our life in the Lord by not giving full weight to his being-dead-in-the-grave in its sheer reality, a reality none of us has experienced and lived to talk about. I suspect our focus on Good Friday (as we are right to do) and the death and suffering by crucifixion (the means by which Jesus was killed) can divert us from the power and reality of death that Paul speaks to in one of his deep reflections on death in Romans 6:

Don’t you know that all of us who were baptized into the Messiah,
Jesus, were baptized into his death. That means that we were
buried with him, into death, so that, just as the Messiah was raised
through the Father’s glory, we too might behave with a new
quality of life. For if we have been planted together in the likeness of his death . . . [and if] we died with the Messiah we believe that
we shall live with him. We know that the Messiah having been
raised from the dead will never die again. Death no longer has
any authority over him. The death he died, you see, he died to sin
once and only once. But the life he lives, he lives to God. In the
same way you, too, must calculate yourselves as being dead to sin
and alive to God in the Messiah, Jesus. (N.T. Wright’s translation).

What does it mean now to be buried into death with Jesus and yet still experience the power of death; that Jesus died to sin, yet we must calculate ourselves dead to sin. These are only some of the (often neglected) questions raised in this passage that need to be internalized and incorporated into our lives.

Holy Saturday should draw us to this gospel, this good news that death in all its power (we all die!) does not have the last word with us just as it did not have with Jesus.

We modern Christians often think we need a “felt experience” to realize God’s presence with us, to give us what we think we need to maintain our lives in the Lord. I do not believe Jesus had any such felt experience on the cross; we might not have the benefit of such an experience as we come under the grip of death, especially suffering in its power to demand our full attention. No, we will be dead. Fully dead with no control over what’s happening to us, no felt confidence we will be raised from the dead.

No, the good news is that even if we cannot prepare ourselves for death, even if we die alone, isolated from family, with no words of assurance from a pastor that death does not have the last word, even then it is not those words that our hope shall carry us through death into the Father’s presence. What will happen is that we will be raised “through the father’s glory” in its power to undo death.

Father Rich Buckham taught psychology in Iowa for 6 years.  In 1982 he and his wife and 2 small children moved to PLU where he  received training for clinical practice in marriage and family therapy.  The family moved up to Kitsap County in 1983 where he began work as a licensed psychologist after getting his Ph.D. in psychology from University of Nevada -Reno.  He got an M. of Theology from Fuller Seminary.  He was the pastor of a small Anglican church for 20 years.  He is currently semi-retired from his clinical practice.  He loves reading theology, philosophy, history and cultural studies.  He has an outdoor HO train layout which may never get done.