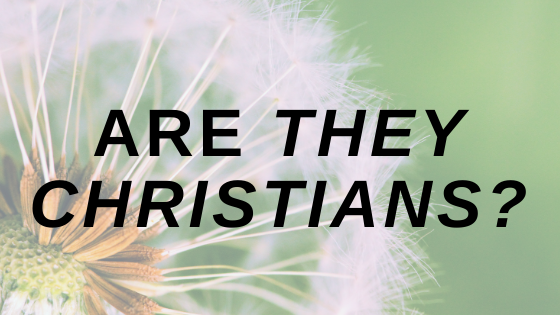 One Reply to “Are They Christians?!”