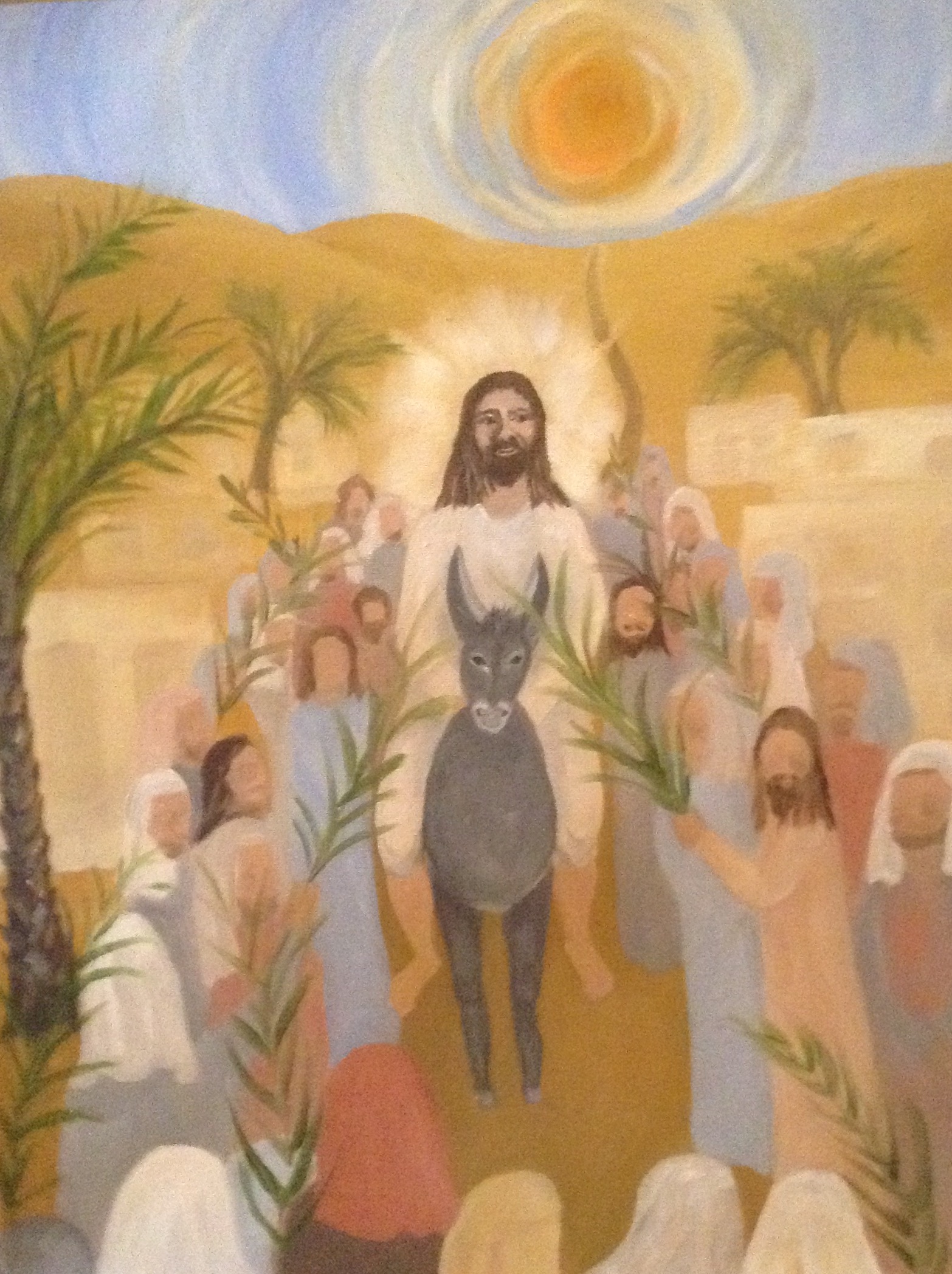 We are blessed to have a number of retired pastors who worship in our congregation. For Holy Week, we asked them to each write a blog post on a different day of Holy Week. Our series begins with Dr. Jim Davis’ Palm Sunday post:

All of it is prelude leading up to Palm Sunday and one word … “Hosanna! It means “Save Us!” Literally!
And it was time to say it. Time for all Jesus had done to come to this: a plea.

It probably means the disciples were hearing the “Hosannas” but remembering other words, Jesus’ words.

“And they were on the road, going up to Jerusalem. Jesus was walking ahead of them … and those who followed were afraid. Taking the 12 Jesus began to tell them again what was going to happen. ‘We are going up to Jerusalem,” he said “where the Son of man will be delivered to the chief priests and scribes who will condemn him to death … but after 3 days he will rise.’” (Mark 10:33).

For you and me? Is Palm Sunday supposed to be a joyous celebration of Jesus as our King, or a somber reminder that our King is about to be crucified?

A few years ago, John Leax, an English professor at Houghton Christian College and a poet wrote that Palm Sunday “seems the strangest holiday of the year; a celebration of misunderstanding!” And he’s right! It was and often, it still is! For if we celebrate the end of the beginning on Palm Sunday without at the same time remembering it’s the beginning of the end, we’re misunderstanding. Because it’s both! But it’s even more!

So, what’s the real “end” of Palm Sunday?

Scripture says it so well. It doesn’t leave us in doubt.
“Since death came through a human being, the resurrection of the dead came through one too. In the same way that everyone dies in Adam, so also everyone will be given life in Christ. Each event will happen in the right order: Christ, the first crop of the harvest, then those who belong to Christ at his coming, and then the end, when Christ hands over the kingdom to God the Father, when he brings every form of rule, every authority and power to an end.” (1 Co 15:21-24).

So, this Palm Sunday,

Rev. Dr. Jim Davis was the second Senior Pastor of CKPC (from 1999-2007).  He left to take a position as Senior Pastor and Head of Staff at a large church in Texas where his three grown kids live, but when it was time to retire, he and his wife Carolyn knew they wanted to be back in Kitsap and at CKPC.  They live in Seabeck now, looking out at Hood Canal and the Olympics and feeling blessed. Jim still teaches New Testament part-time and online for Fuller Theological Seminary.